“Your true home is Uddiyana. Your real father is Chakasamvara and your real mother is Vajravarahi.”
~Dakini’s instruction to Tilopa, upon which he entered the way of Mahamudra, the profound transmission.

I would like to send my love and Tashi Delek to you, and at the same time request your help.

Chakrasamvara is the main deity practiced in the Kagyu lineage and therefore, since early times, it has constituted the most important practice within the traditional three-year retreat. Hence, since the practice of Chakrasamvara is very significant, the tradition of holding an annual intensive group practice (drubchoe) was established at Gar Monastery Jangchub Choling. Sadly, since the dreadful days of the great upheaval of Tibet and its population, this tradition has declined.

Around 1980 we wanted to resume this intensive practice at Gar Monastery, but there were no practice texts and no monks able to perform the ritual tasks, so our wish to revive the Chakrasamvara drubcho had to be postponed. Recently, Abao Lama said that he would like to restore the neglected tradition at Gar Monastery, and I truly rejoice in this wish. As a result, in 2015 the Drubpons led a community of fifty monks who took part in the first Drubchod for the duration of eight days, starting on the 22nd day of the first Tibetan month. Support was kindly offered by the Dharma center in Seattle. For this year, financial support was requested from the White Lotus Buddhist Center in New York and they joyfully and faithfully agreed to raise the funds.

All those who support this drubcho will accumulate the same merit and equally purify obscurations as those who participate in it. The annual practice of the drubcho is very important because, through it, continuously, roots of virtues are dispatched to the deceased, and a long life ceremony for those who are alive is performed. I would therefore like to thank all of my Dharma friends who set their minds on the cause of accumulating merit for the sake of this and future lives by supporting this project according to their capacities.

Thank you for your continued support.

Report on the 2020 Chakrasamvara drubchoe at Gargon Monastery

The monks at Gargon Monastery in Tibet held the annual Chakrasamvara Drubchoe once again from November 7 to November 11, 2020. Because of COVID-19, the drubchoe was limited to 15 monks.

Money ($10,000US) was sent last summer from the Chakrasamvara Fund in preparation but less than half of the total  was used due to fewer monks. The balance, $6,000, is going into an Endowment Fund at the monastery, suggested by Garchen Rinpoche, to be held for future drubchen.

The photos and video below were sent upon completion and the monks send their heartfelt gratitude for your support.

May this drubchoe bring much benefit! 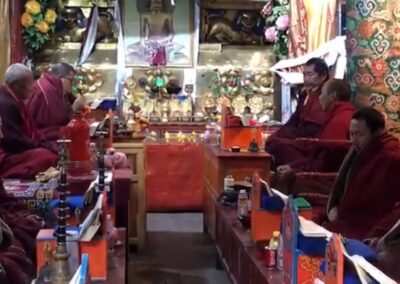 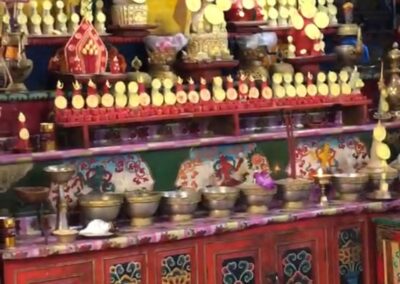 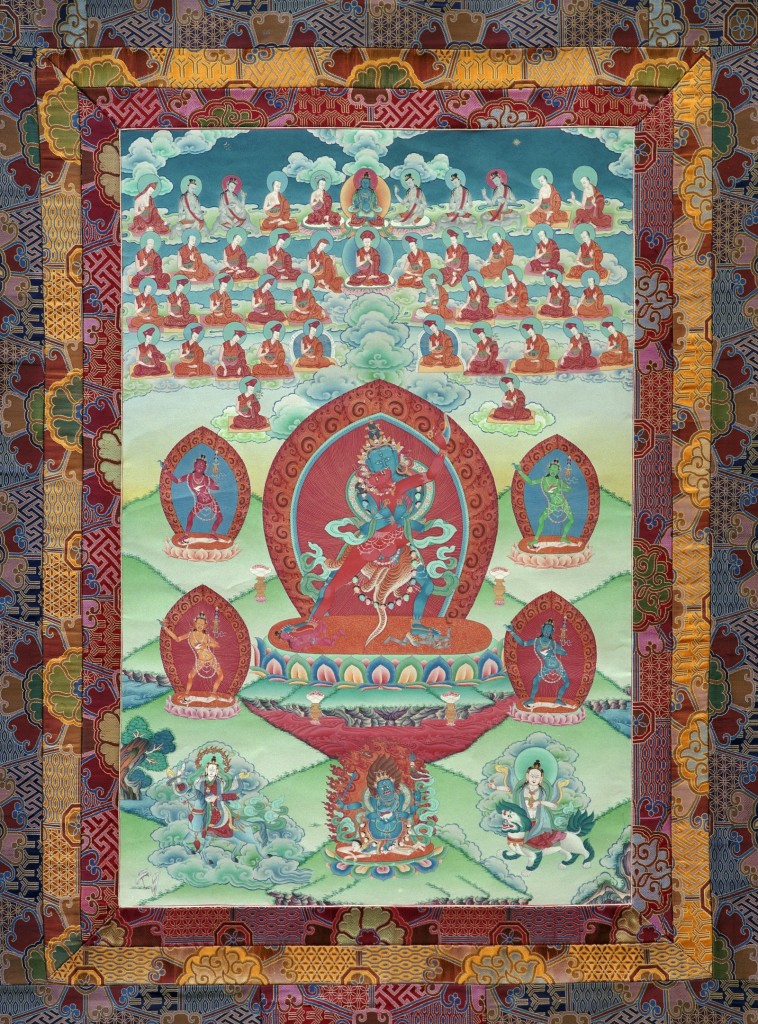 All the teachings of the Buddha can be gathered into the causal vehicle of     characteristics and the fruitional vehicle of mantra. The mantra teachings can be gathered into the four types of tantras. Of these, there is the particular unsurpassed union tantra of Chakrasamavara, the king of tantras equal to space. The teacher Vajradhara rose up in the form of the fierce compassionate emanation Chakrasamvara and taught this tantra. The power of the blessings of this tantra is said to be more exalted than others. Most of the mahasiddhas of India were renowned to have attained the supreme and common accomplishments through the gateway of Chakrasamvara. In Tibet Lord Marpa taught:

The tantra of Hevajra is renowned as profound.   Chakrasamvara is known as the quintessence.

The yidam deities Chakrasamvara, father and mother
Are graced by the bone ornaments of charnel grounds.
In the perfect mandala in the sky
The heroes and heroines gather like offering clouds.
The deities of the primordial wisdom of complete enjoyment
Bestow empowerments that give rise to swift accomplishments.
If you have the power to pray to them,
Blessings will not be weak.This is the universal samaya of the dakinis.

Saying this, Milarepa bestowed all the oral instructions upon Gampopa, like filling a vase to them brim.

Thus, this deity has been the practice of the oceans of Kagyü siddhas. It is the secret path that has been relied upon by the hundred of siddhas of India and Tibet. It is the swift path for those with faith, diligence, and wisdom. It is the heart nectar of the Buddha’s teachings. From the three traditions of the mahasiddhas Luipa, Krishnacharya, and Ghantapa of the holy land of India, the traditions of Ghantapa, Tilopa, and Naropa came to Tibet from Swami and so forth to Marpa and Ga Lotsawa. These traditions became merged into a single river that flowed from the past masters into the protector Jigten Sumgön. From him until the present day, there has been an uninterrupted lineage of accomplished masters. It has not been corrupted by the adulterants of samaya breaking demons. This dharma lineage is linked together like a golden chain that has never been corroded by rust. May all abide with faith and confidence in it.